Fulton County Commissioner Joan P. Garner served the residents of District 4 in Fulton County from 2010 until her untimely passing in April 2017 at the age of 65 following a lengthy battle with breast cancer.  Garner, who was known as the health commissioner, put her heart and soul into her service to citizens, with a particular focus on health.

Before she was elected to represent Fulton’s District 4, which included Midtown and the neighborhoods west of downtown Atlanta to Fulton Industrial Boulevard, Garner was the president and CEO of the Historic District Development Corporation. In addition to her role at the county level, Garner was vice president of the Association County Commissioners of Georgia, and was past Chair of the National Association of Counties’ (NACo) Healthy Counties Initiative Advisory Board. She also chaired that group’s Medicaid and Indigent Care Subcommittee, and the Health Policy Committee.

A Washington, DC, native, Commissioner Garner made Atlanta her home in 1978. She was a graduate of the University of the District of Columbia with a Bachelor’s degree in English and earned her Master’s degree in Organizational Communication from Howard University.

Commissioner Garner introduced the Stepping Up Initiative to Fulton County residents, Board of Commissioners and Justice Partners and firmly supported the work of the initiative. She stated, “People living with mental illnesses should not be treated in our jails. It’s important that these individuals are identified and linked to a system of care that will address not only their illnesses, but other social factors that may be barriers to them living productive lives.” Commissioner Garner also stated, “I am passionate about the fact that all citizens deserve the opportunity to benefit from resources to help them live productive lives. Counties must identify ways to intervene and prevent repeat offenders who are living with mental illnesses from ending up in our jails.” 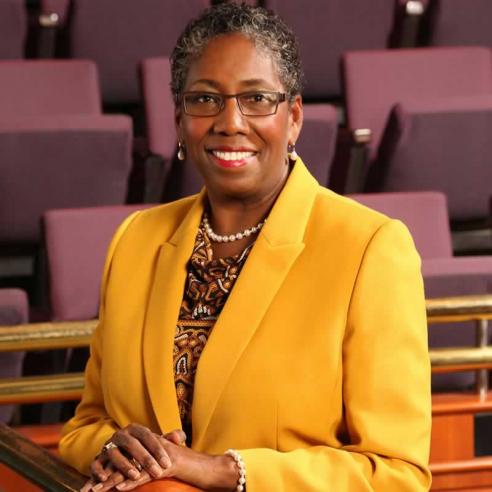